Sempu Nakajima attempts to break Japanese characters free from their traditional form, while simultaneously respecting their beauty and tradition.

“As each stroke I make is a moment in time that cannot be taken back, there is a great importance that I place on preparing my thoughts and practicing my movements to create perfection in the imperfection. It can be an arduous endeavor, but I find a kind of beauty in this process.”
-Sempu Nakajima

Contemporary Japanese calligraphy artist Sempu Nakajima creates works on paper that communicate emotions through words. A firm believer in the philosophy that as humans, we are all connected by words; therefore, words have the power to bring us together. Using ink, custom brushes, ink stones, and exquisite handmade papers, Nakajima renders these conceits along with a deep appreciation for nature and the beauty of traditional Japanese craftsmanship upon a series of finely pulped surfaces. The artist acquires his tools–from brushes to paper to frames–from a local craftsman in Kyoto, to ensure that he uses premium materials in his work. Nakajima takes pride in creating truly genuine Japanese artworks, while also sustaining local artisanship.

With each piece Nakajima creates, he clears his mind and fills his heart with visions of words or poems that inspired him to push the boundaries of his practice. As a child, Nakajima encountered an ancient hanging scroll in a chashitsu (tearoom) from the late 5th century. The beauty of this piece sparked in him a life-long passion and fascination for traditional Japanese art and culture. Nakajima began studying Japanese calligraphy at age six and deepened his acumen under the tutelage of a renowned master calligrapher and sensei Takayoshi Kaneko. 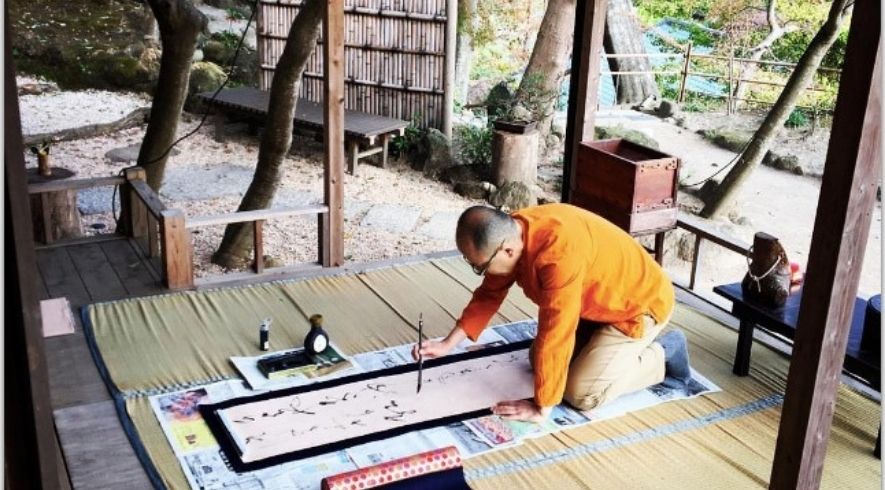 While many of today’s Eastern Asian artists continue to specialize in traditional art practices of ink and brush, painting, and calligraphy, they tend to rethink tradition by transforming their associations with those of ‘gentleman scholars toward more hybrid modes of expression. Working within the framework of a contemporary lens, the value of artwork no longer lies with adherence to craftsmanship or established forms and technique, but with concepts and ideas. This form of subversion is showcased in the work of Nakajima, who has developed his skills to create a wholly original style of Japanese calligraphy for a contemporary audience. By blending elements of the traditional form with ephemeral contemporary practices like mixed-media and performance, Nakajima attempts to break Japanese characters free from their traditional form, while simultaneously respecting their beauty and tradition.

Traditions are often presumed to be singular, timeless, and unalterable, therefore at odds with contemporary life. But in the past couple of decades, contemporary artists across Asia have been increasingly willing to experiment with traditional artistic techniques, forms, and values, sometimes out of nostalgia for the past, sometimes in a self-reflexive, post-modern critique of identity, at other times to revel in the commodification of difference in the new global art market. Whatever the motive, these artists feel free to approach tradition as a starting point, and as an inspiration to be used and combined with more contemporary practices- altered, negotiated with, and even deconstructed in any way they see fit. – [1] Melissa Chiu + Benjamin Genocchio, Contemporary Asian Art (London: Thames & Hudson, 2010), 36.

For Nakajima, the art of calligraphy signifies a transformation of the contrasting sides of black and white letters into something that goes beyond words. As a lifelong pupil of ancient art, the artist sought a style and a mode of expression that suited his own personality; one that was suffused with individualistic creativity. Subsequently, his Japanese characters became subtle vessels of life composed of simple and complex forms. Gestural swells and dips create distinctive silhouettes against negative space while bracing lines emphasize a personal vocabulary that is voiced through the medium of ink.

There are many points of focus on the essential root form of calligraphy, but they can be loosely grouped into four categories (perhaps one for each season, of which all four periods are rendered and on view in the current show). The first one being the universality of tradition, where the ancient art form is practiced and celebrated throughout the world, from generation to generation. The second is contemporary craft sensibility, in which artists continue to follow the traditional lines of calligraphy but with a contemporary spin. The third point of focus is creativity driven by individualism, such that artists can approach calligraphy with perspectives and experiences that are solely unique to them. The last point is tethered to the third, whereas individualistic creativity will lead artists to revisit traditional techniques and materials only to discover contemporary aspects of the art form.

Nakajima’s approach to a world of tradition covers all of these aforementioned categories through innovative expression and design. Specifically, all of his Japanese characters become individual artworks. Much of Nakajima’s work focuses upon the relationship between nature and language. Pieces like Tsuki (Moon), 2019 depict concentric crescents to which a few inky blots cling in anticipation of a waxing or waning phase; in Spring, 2020 the bottom-heavy composition is weighted by an earthly mass of tangled strokes from which one determined tendril has pushed itself up and out of the ground toward the light; and in Bird, 2020 the viewer is consumed with a grand sense of transport as the bird-like figure seems to push its way off of the paper with winged inertia.

Other works on view pay tribute to ancient hanging scrolls. Historically, Japanese hanging scrolls originated from its mainland neighbor China. Scrolls were seemingly derived from a vertical long strip of silk hanging in a tearoom but are not to be confused with Tibetan paintings called thangkas, which have a similar format but are mounted and sewn to a textile. In ancient times, hanging scrolls were used to pray for worship, particularly Buddhism which was abundant in China. Therefore, in Japan, it has been thought that hanging scrolls were introduced to Japan along with Buddhism. Buddhist monks brought mandalas back to Japan which led to the rapid development of Buddhist painting and techniques for mounting hanging scrolls.

Nakajima’s contemporary hanging scrolls are suffused with Zen Buddhism, musing on celebrated writings, ancient ruins and the wonder of nature. Highlights include works like Asaiseifu (Down this load, Savor the Pure Breeze) – Zen Buddhist phrase, 2019 a dramatic waterfall of gestural ink that careens down the scroll into a ridge made out of Japanese characters; Enkakuji Temple “Ryuinan” ((*Building of prayer and rest located on the grounds of Enkakuji temple built in 1419), 2018, a scroll that has two separate areas of activity to indicate the two buildings: the top half is a soft arc of curvilinear forms which is counterbalanced by a spiny totem of characters in the bottom half; and Hyakunin Isshu (One-Hundred Poems for 100 People), 2016, arguably Nakajima’s most “traditional” work: a double scroll that makes reference to a classical Japanese anthology of one hundred Japanese waka by one hundred poets.

Collecting art is a highly involving and emotional experience. The artist’s process and intention are some of the factors that make one fall in love with his or her piece. If you have questions or need help selecting a new artwork, please reach out to us at [email protected].

Over his career as an artist and calligrapher, Nakajima has remained dedicated and deliberate in his practice and art form. But maintaining an art practice during the last year has been particularly challenging due to global shutdowns. When asked if the pandemic has affected his practice, Nakajima replied that he felt fortunate to have continued operating his calligraphy studio online. He regularly connects with his students through his iPad, which can be interpreted as a different type of scroll. “I think the pandemic has made the connection between our hearts even that much clearer,” Nakajima states.

Sempu Nakajima’s works will be on view at Agora Gallery from March 16 through April 6, 2021. 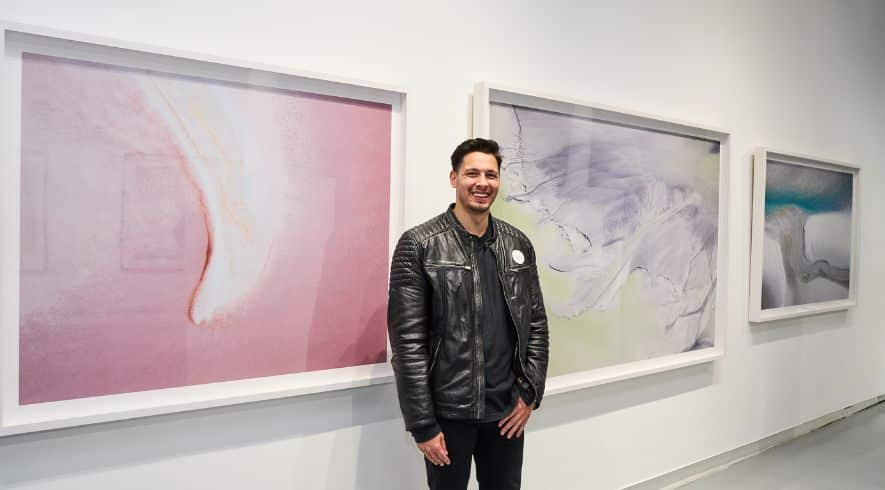 Ronnie Genotti: Tangled Tonality and the Complex Lines in His Art 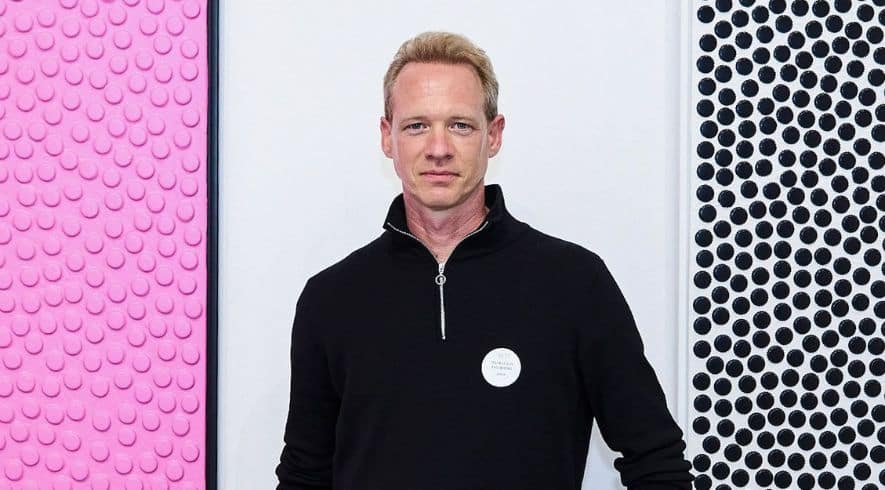